Verlys-Les Andelys France (1920 – ), the original French company was Holophane glass works, a well-known producer making lamps and headlights for vehicles, settled near Rouen in Normandy since 1920, By 1925 they had expanded into making art glass vases and bowls and established a department for these products, which they named Verlys. The word Verlys comes from the French region ‘Les Andelys’, where the glass first was produced, combined with ‘verre’, the French word for glass. Initially they made blown vessels with several layers of glass, smooth on the outside with internal decoration. From 1933 onwards they focussed on high quality press-moulded glass. They branched out into Deco art glass when it became popular in France, thanks partly to the ground-breaking mass production techniques pioneered by Rene Lalique. Verlys produced clear, frosted, opalescent, and coloured items with designs typical of Lalique-style glass of the 1930’s, – plants, flowers, birds, fish, and abstract geometrical patterns. In 1935 they established ‘Verlys of America’ with a glassworks in Newark, Ohio. The American branch of the company signed the pieces ‘Verlys’. French production is usually signed “Verlys France” or “Verlys Made in France” in the mold. 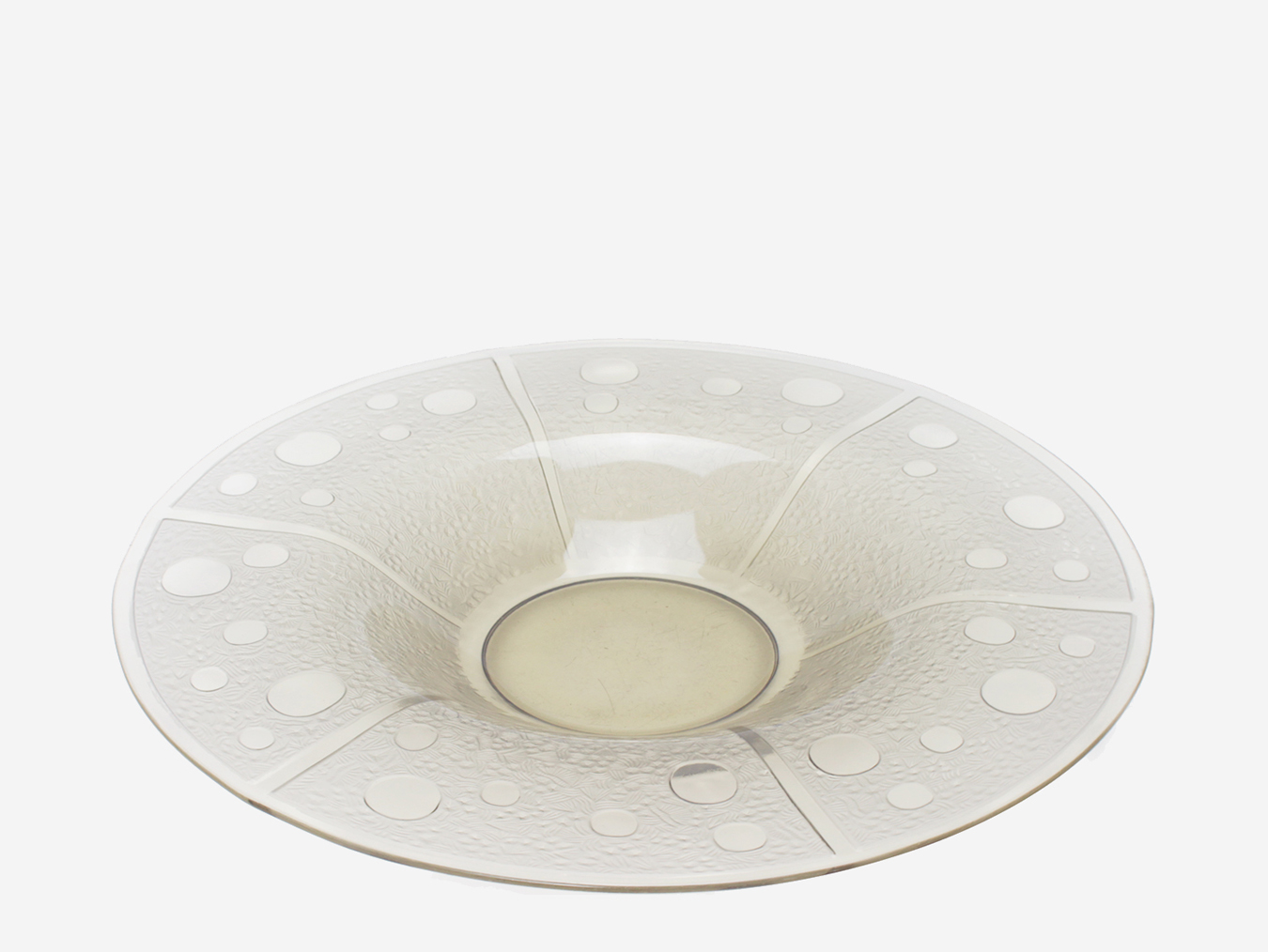