Egino Günter Weinert (Berlin 1920 – Frechen-Königsdorf 2012) was a German goldsmith, sculptor and painter of contemporary sacred art. For numerous, predominantly Catholic churches in Germany and abroad he designed furnishing and art objects. Among other things, Weinert worked several times for the Holy See, and some of his work can be seen today in the collection of Modern Religious Art of the Vatican Museums.  In 1934 he entered the monastery of the Benedictine Missionaries as a monastic pupil. In 1949 he attended the Art School of Cologne. It is noteworthy that Weinert made the majority of his work with only one hand, after he lost his right hand in 1945 at the age of 25 years by a bomb. This forced Weinert to learn and develop special techniques for the re-practice of his craft. 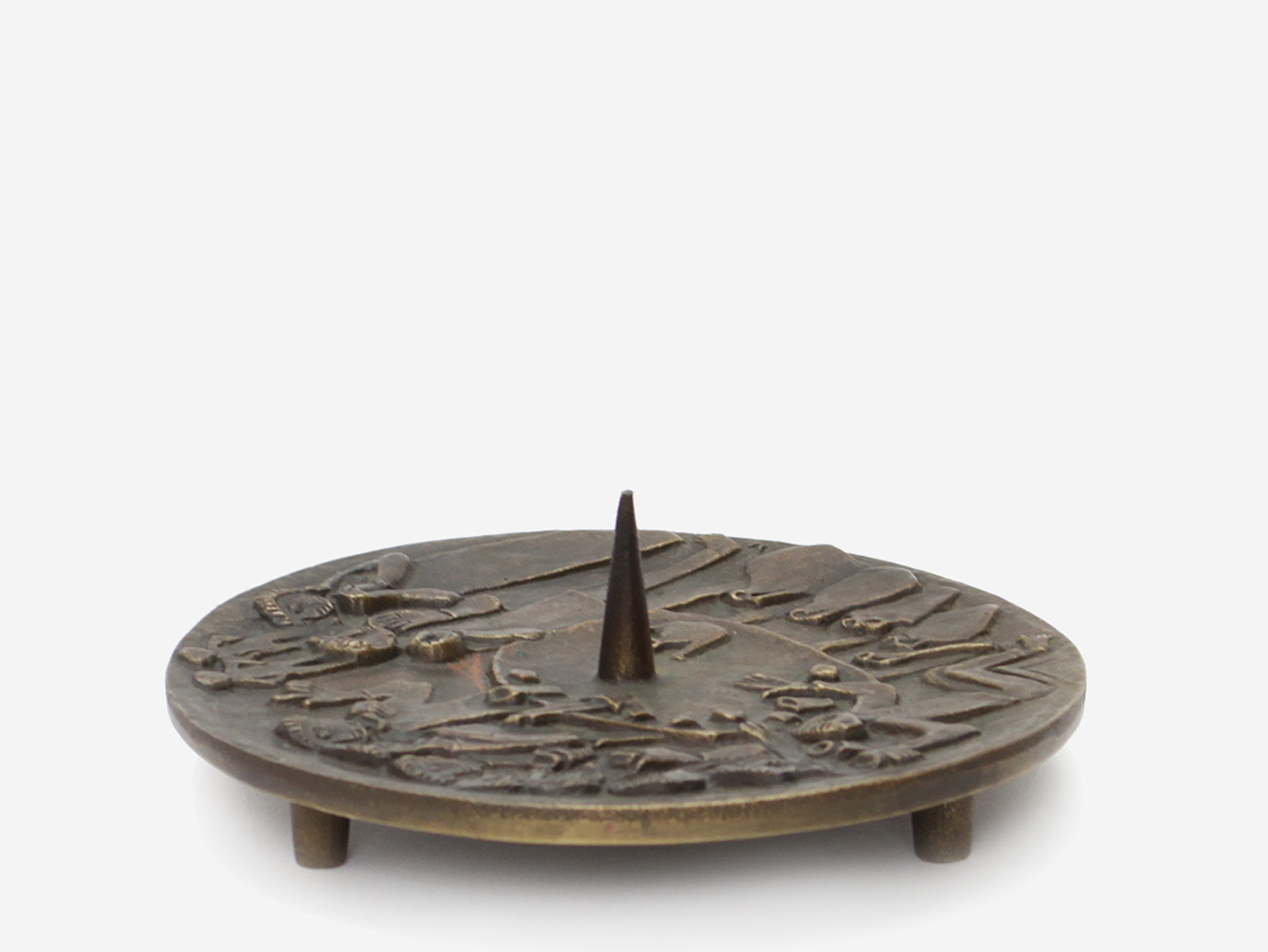