the jug is marked

Zenith Plateelbakkerij (Gouda 1915 – 1984), which originated from a Gouda pipe factory, Aart van der Want, actually commits the ancestral company under the name ‘Zenith’. After the expansion of the pipe making,  Zenith initially produces art nouveau pottery. In 1924 the glossy glaze was replaced by the matt glaze, with the flower decors being replaced by decorative patches. Later – in the 1930s – the art deco pottery followed. Willem Stuurman designed a series of vases and other objects in striking art deco style between 1931 and 1934. 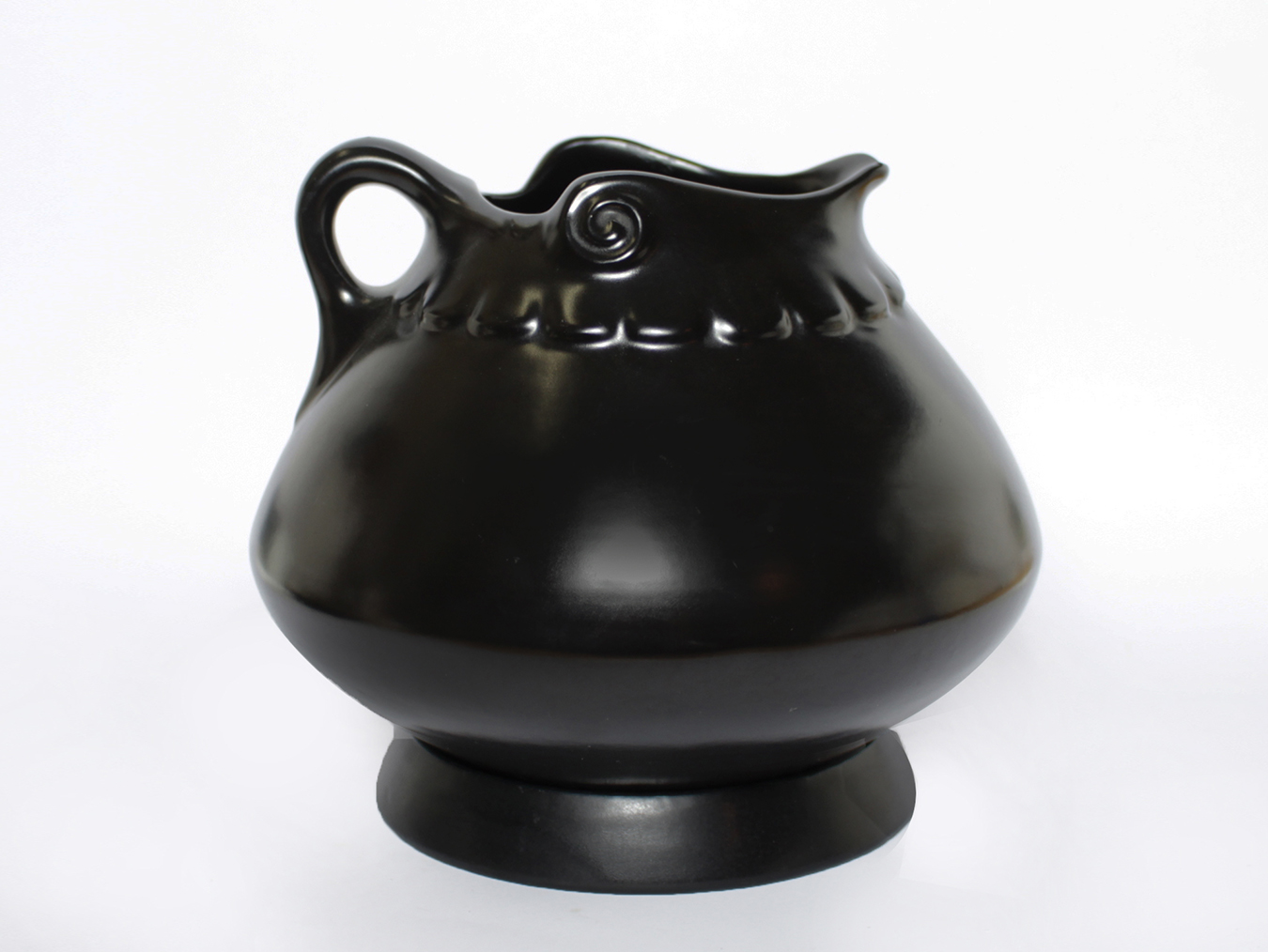