Willem (Wim) Steijn (Steyn) (Assendelft 1914 – Bentveld 1980), painter, draftsman and graphic artist, was born in Assendelft and grew up in Jisp and Wormer. He moved to Haarlem at a young age, where he built up his career as a painter. Wim Steijn took painting lessons with Henri Frederic Boot, who stimulated him and who exerted a great influence on him. Wim Steijn worked together with another student from Boot, Kees Verweij, for four years and temporarily shared a studio with Verweij. After the Second World War, Steijn moved to Groot Bentveld in Aerdenhout, where he lived until his death in 1980. Wim Steijn painted the Dutch landscape, cityscapes, portraits and flower still lifes in an impressionistic manner. He was co-founder of the artists’ association De Groep in Haarlem. Various museums have Steijn’s work in their possession, including the Frans Halsmuseum in Haarlem and the Singermuseum in Laren. 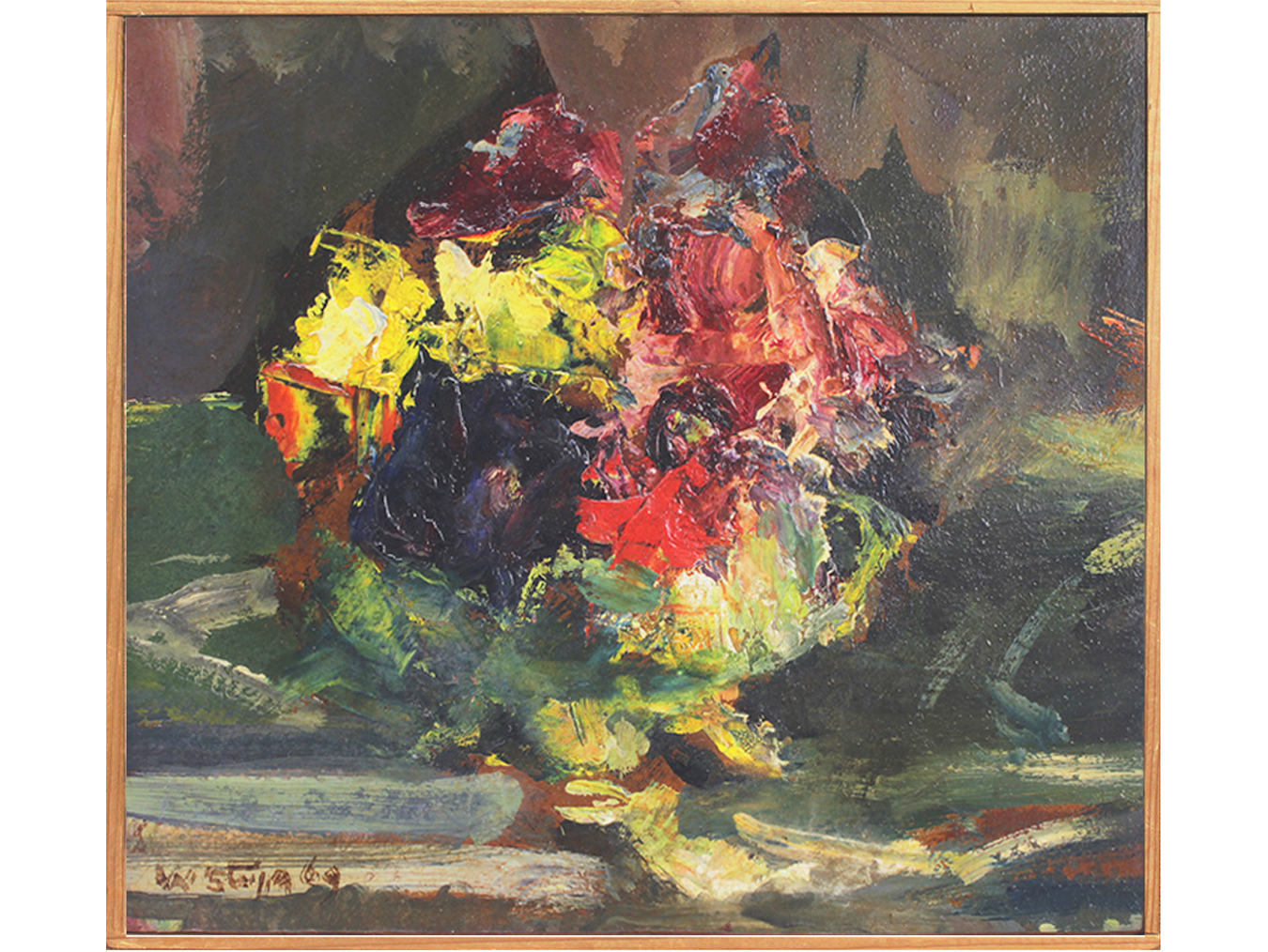