Luigi Amati (Italië 1940 – ), sculptor, illustrator, ceramic designer and draftsman. Education at the Accademia di Belle Arti di Roma from 1954 to 1960. Working in the Netherlands since 1965. He designs wall-sized reliefs for the Westraven ceramics factory, and for Westraven he also designed a series of professional tiles, inspired by the well-known craft prints by Jan Luyken. 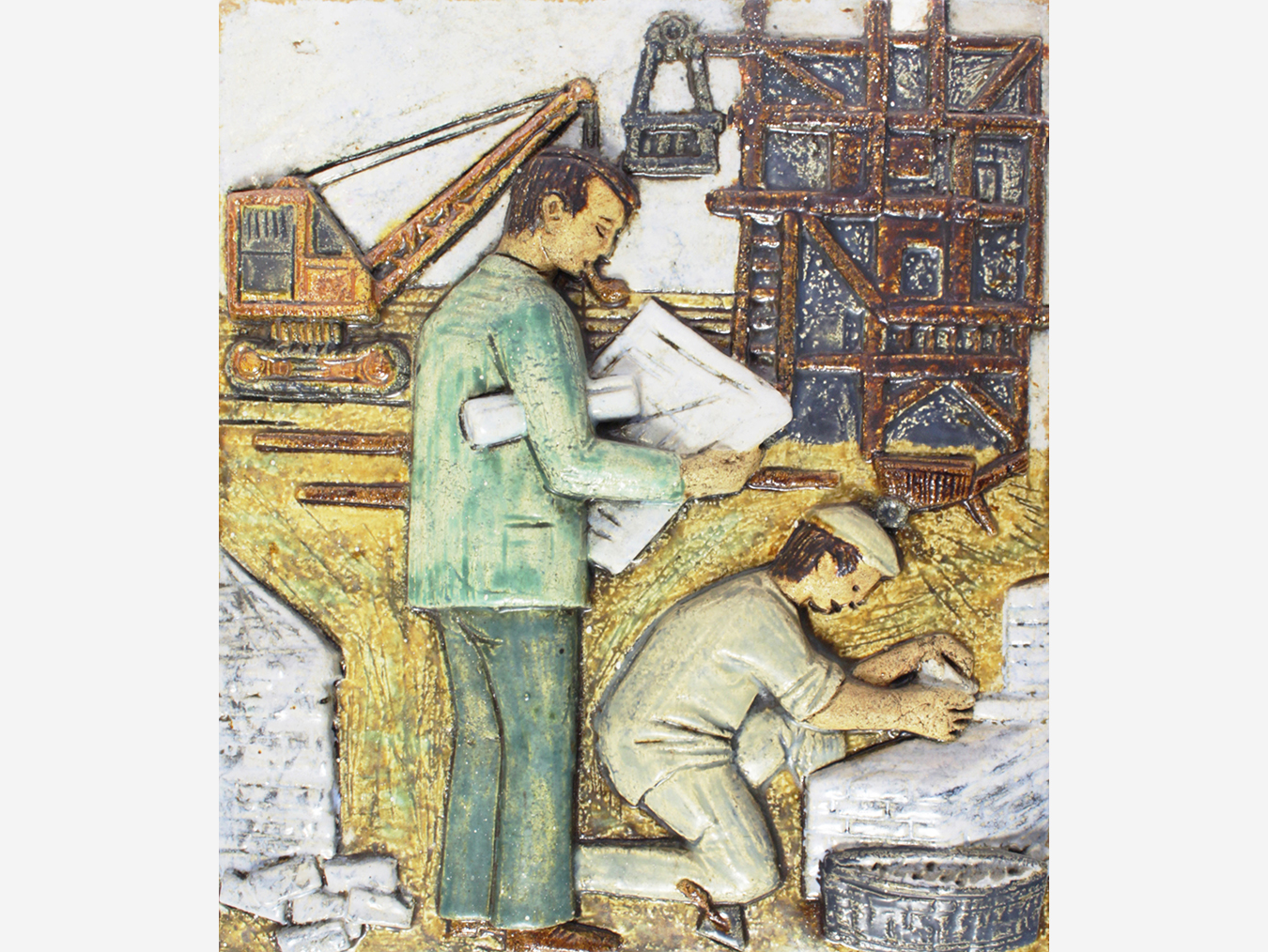