Martinus Johannes ‘Tinus’ de Jongh (Amsterdam 1885 – Bloemfontein 1942) painter, etcher and draftsman, was one of South Africa’s most popular painters. Self-taught, he began his career as a decorator in the Netherlands, and then pursued painting full-time. He achieved some note when the Stedelijk Museum in Amsterdam purchased one of his early pictures. He arrived in South Africa in 1921, practicing a sober style within the Dutch tradition. The light and landscape of South Africa soon caused him to abandon his muted palette in favour of more saturated colours. 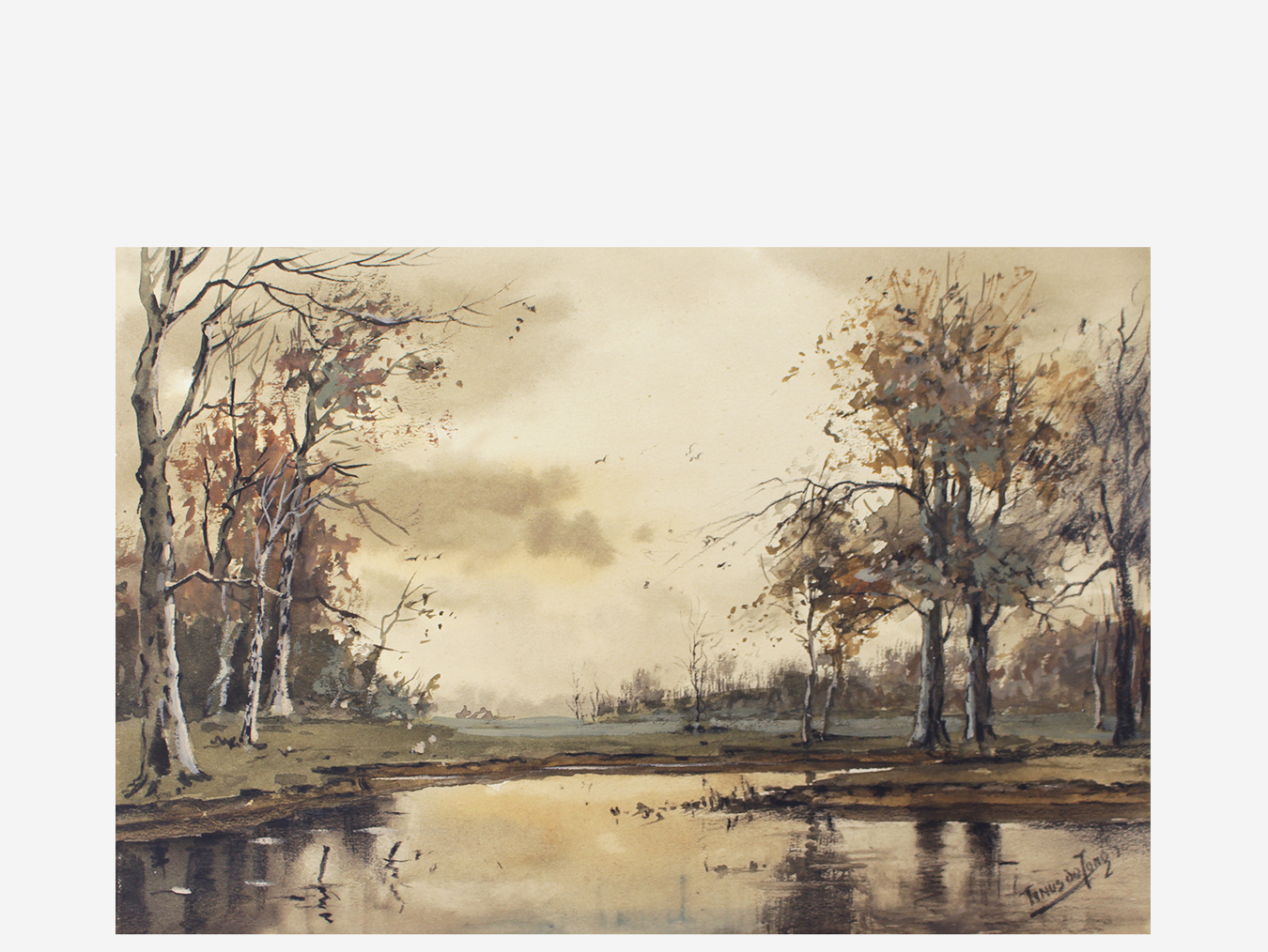