price indication: 250, – euro (this work can be viewed in the gallery)

Pierre Lafitte (France). Son of the well-known painter, of the same name, Pierre Lafitte (1904 -). The family moved to the Netherlands. The son helped his father in the studio in The Hague. The son later studied art in Paris and Italy. The son signed his paintings with the pseudonym ‘Th. Jansen’. 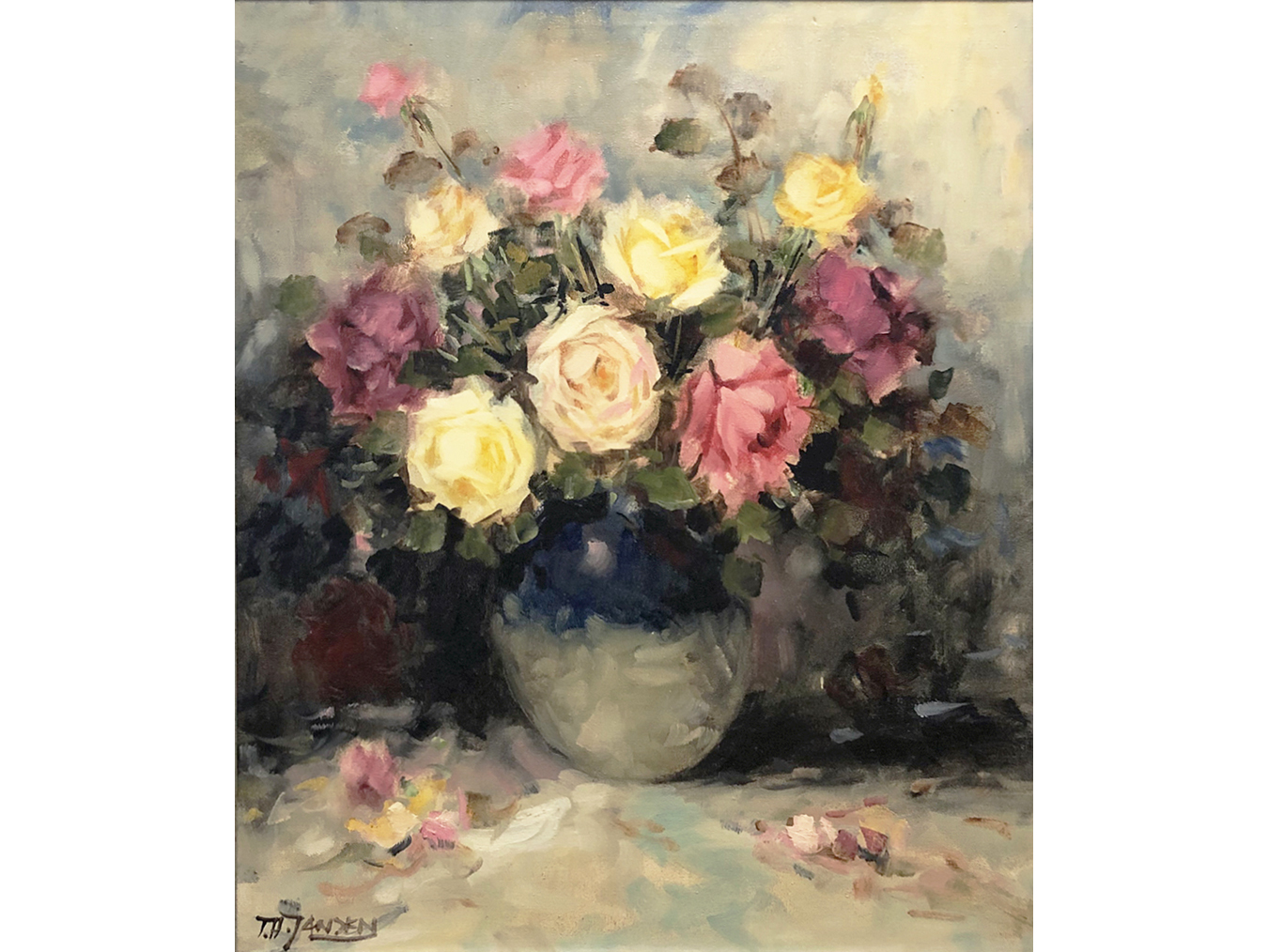