made by Kennemer Pottenbakkerij Velsen

De Potterie Kennemerland (1920 – 2002) in Velsen-Noord was founded in December 1920 by Koen Mertens (31 years old) and Eelke Snel (21 years old). From 1924 the company was continued by Eelke Snel. The first designs were made by Snels and Mertens and are decorated with cubic or band motifs on a cream-colored or grayish background. The sets are often still experimental. Until 1929 the factory was still small-scale, with few employees. From 1929 production was tackled at the factory and more workers were employed. Some painters also came to Velsen from the Gouda pottery industry. After putting on the designer C.J. (Karl) Gellings, the somewhat simple models were supplemented with more artistic designs. 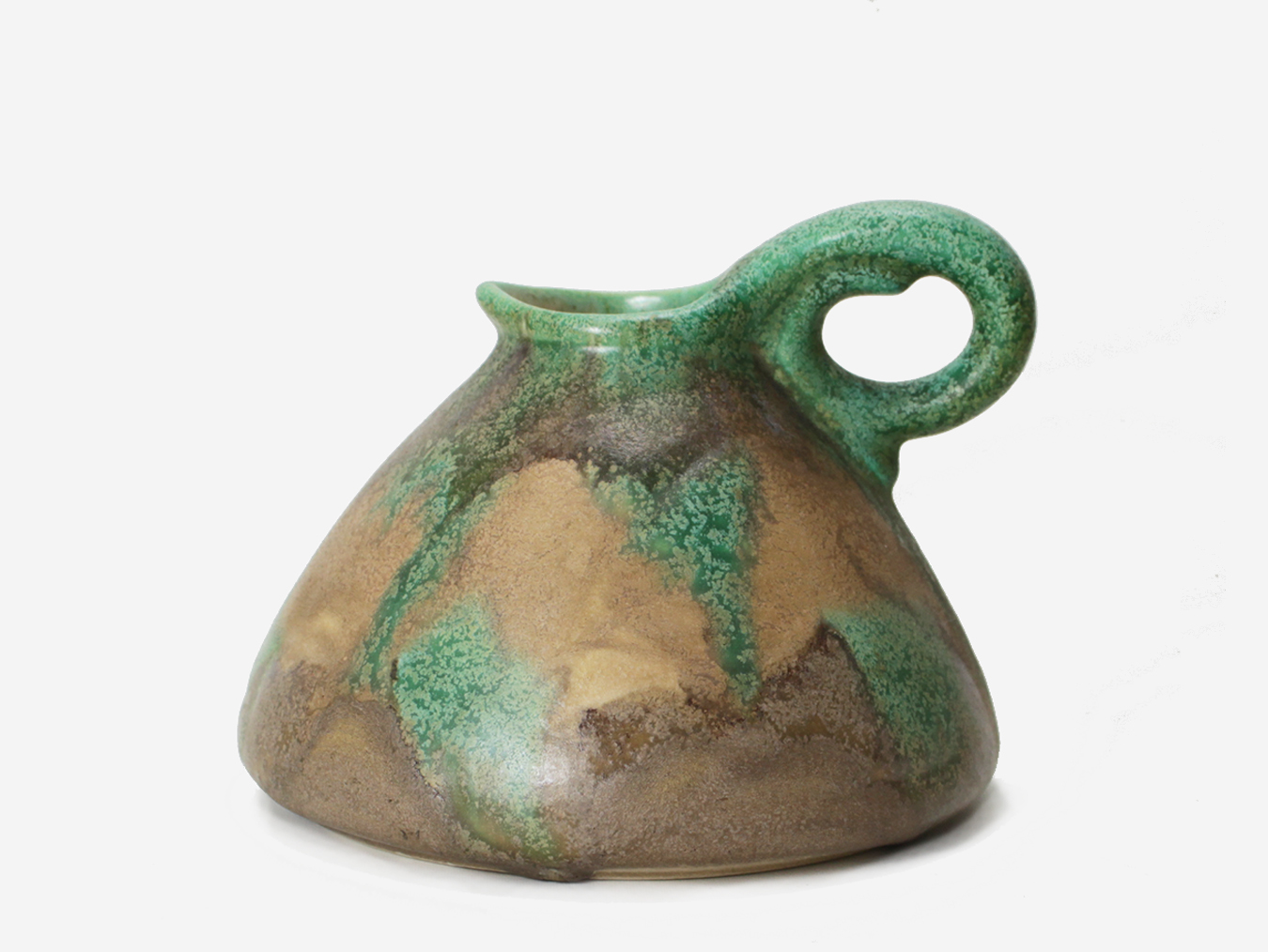