Carstens Tönnieshof (1945 – 1984), West German pottery. Founded by Christiaan Heinrich Carsten. The West German firm Carstens was established in Fredelsloh (Lower Saxony) from 1947. Carstens manufactured not only vases, but also lamp fittings, candle stands, wall hangings and clocks. Of each design, Carstens made only a limited number of copies, much less than, for example, Scheurich did. They were very successful for many years and produced an enormous variety of shapes and glazes. The ‘Luxus’ and ‘Atelier’ ranges were more expensive lines and were sold in large department stores. ‘Atelier,’ launched in 1962, was the creation of renowned designer Gerda Heuckeroth. Helmut Scholtis introduced the very popular ‘Ankara’ décor in 1963.  Lava glazes were employed during the second half of the 1960s. 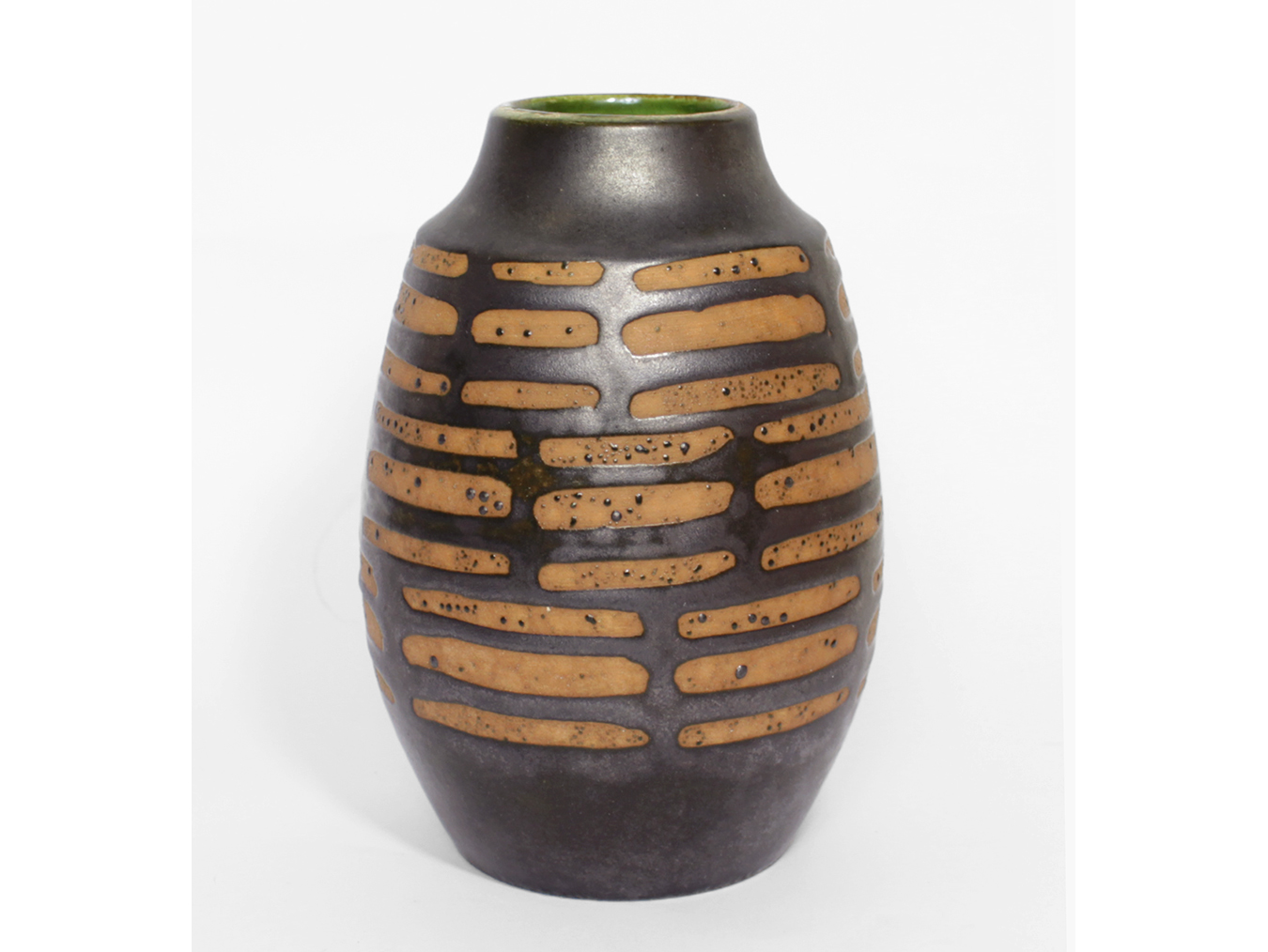