De Arnhemsche Fayencefabriek (1907-1934) is known as the factory of the brothers Jakob and Klaas Vet. In the first period, the factory produced pottery similar to the models and decors from Purmerend. Later on, several colorful decors would be added. During the crisis period in the 1930s, hand-painted pottery became too expensive for production and people switched to the production of earthenware with flow glaze in various colors. In 1934, the crisis led to the cessation of production and the eventual closure of the factory. The painter W.P. Hartgring would be responsible for the large amount of new decors such as: Flora, Pensee, Polo (a high-gloss version of Corona van Zuid-Holland), Gelri, Poppy, Vlinder, decor Vogel, Zon, Toni, Tini. 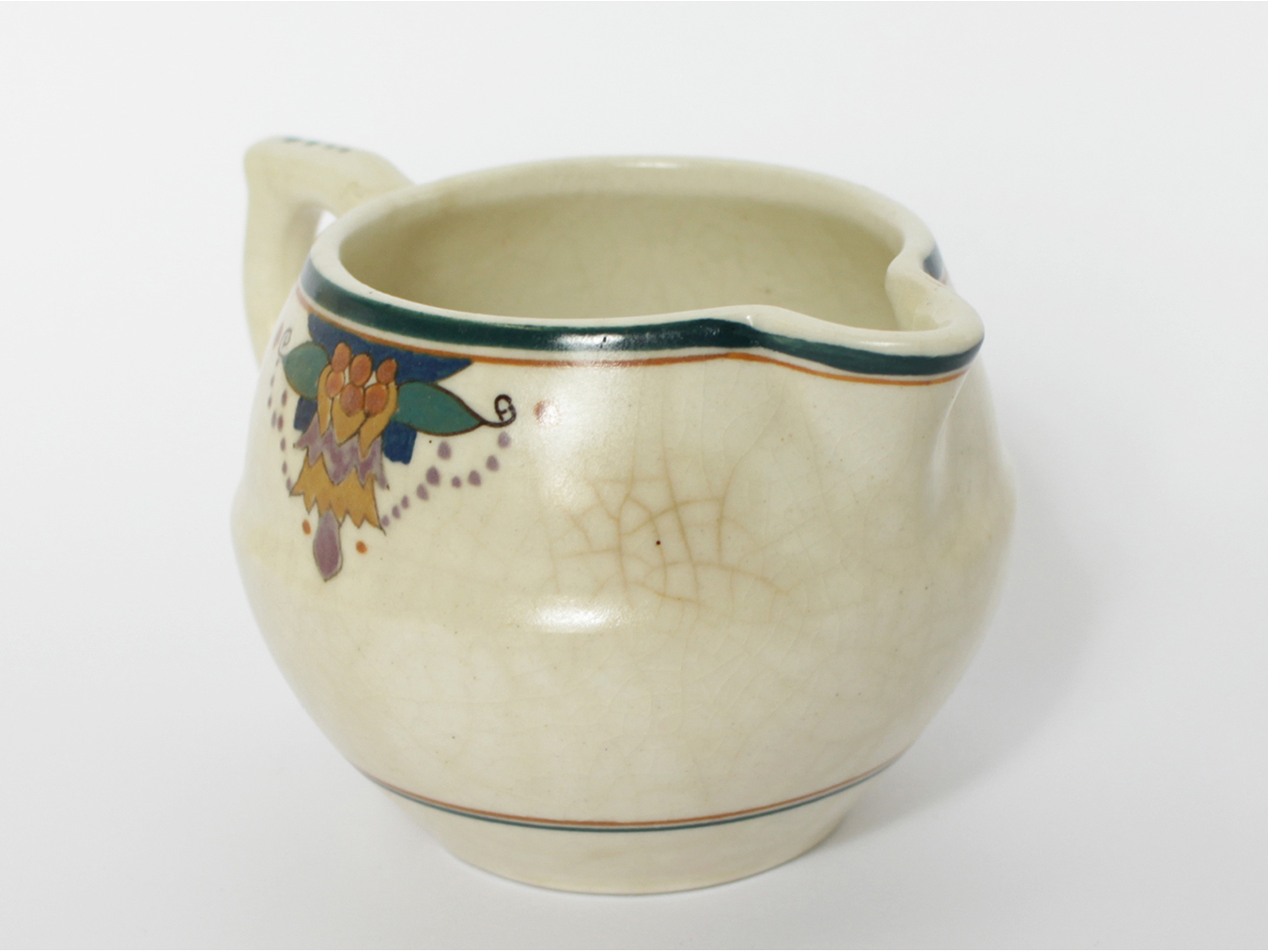