The N.V. Royal Plateelbakkerij Zuid-Holland (Plazuid, PZH) (1898 – 1965) was a pottery factory in Gouda . In 1898, the potter Adrianus Jonker from Gouda, together with Egbert Estié from Purmerend, founded the ‘Plateelbakkerij Zuid-Holland, E. Estié & Co’. In 1903, the collaboration between Jonker and Estié was dissolved and B.J.C. Hoyng become the new owner. The name was changed to ‘N.V. Plateelbakkerij Zuid-Holland ‘, commonly referred to as’ Plazuid’. From 1904, designers such as C.J. v.d. Hoef, Th. C.A. Colenbrander, Th. Verstraaten and H.L.A. Breetvelt worked for the factory. After 1928; Amp Smit, J. Gidding, C. de Lorm, Pieter Swildens and J. Schonk.

Antonie Theodorus (Amp) Smit (Utrecht 1903 – Amsterdam 1976) was a Dutch artist. Smit started out as a draftsman and decorator, but also focused on other forms of art and design, and was a ceramist, graphic designer, wall painter, sculptor, enameller, oil painter, charcoal draftsman and watercolorist. From March 1929 to October 1930 he worked at the Goudse Plateelbakkerij Zuid-Holland. There he designed vases, bowls, candlesticks and sculptures and painted patterns. 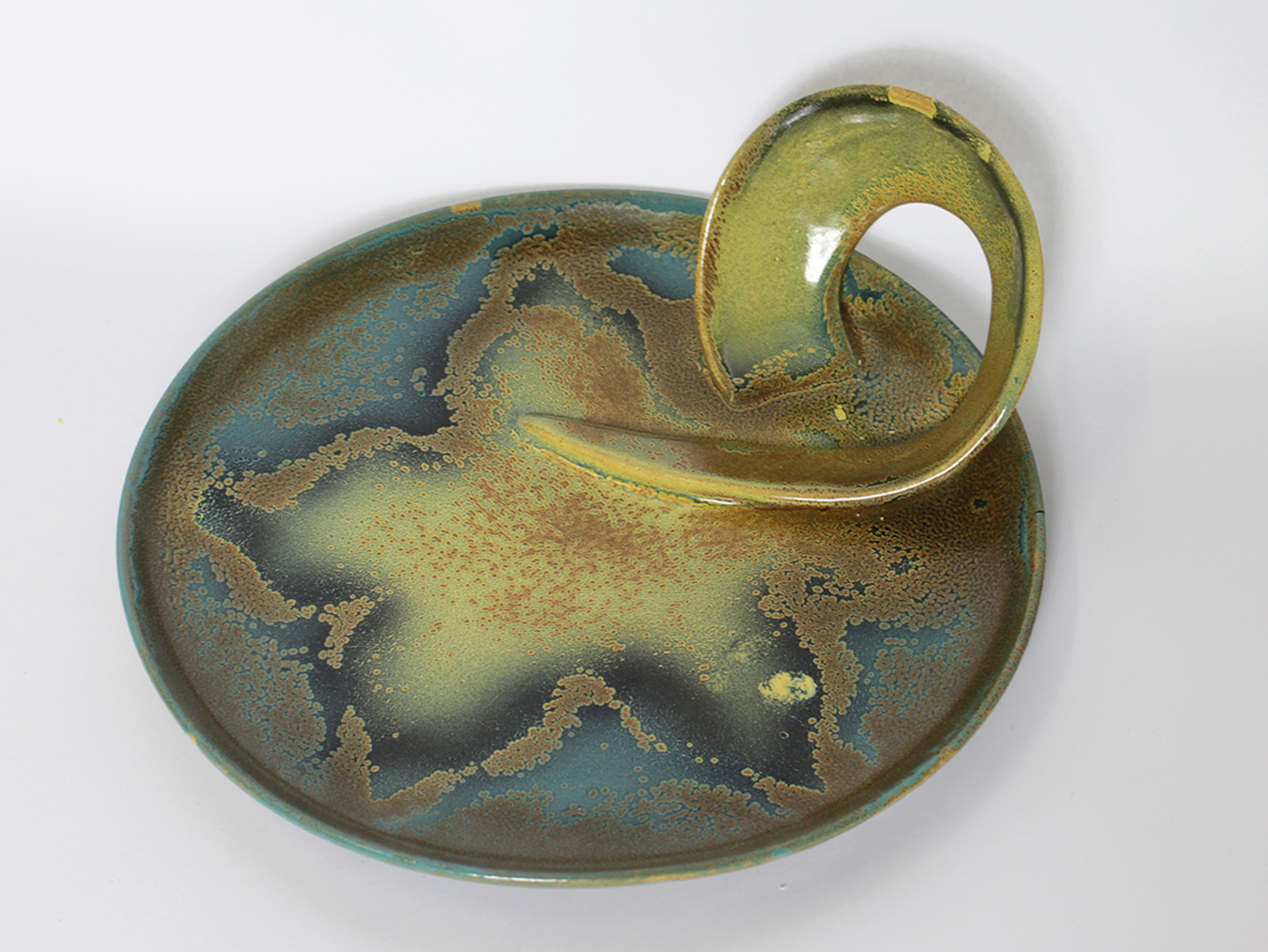