in good condition, not damaged and no restorations

A.J.A (Ad) Beekmans was born in Gorinchem in 1904 and passed away in 1978 in Den Bosch. Beekmans studied at the Royal School of Arts and Crafts in Den Bosch where he was a pupil of Huib Luns. Ad Beekmans worked as an artist not only in the Netherlands (Gorinchem, Rotterdam, Tilburg and Oisterwijk) but also in England (London) and France (Paris). He was a painter but also he was a designer of books. He obtained the royal grant and the ‘Prix du Vrai et du Beau’of Paris. He was a member of the Pictura Society in Dordrecht, Rotterdam Art Society and Arti et Amicitiae in Amsterdam. 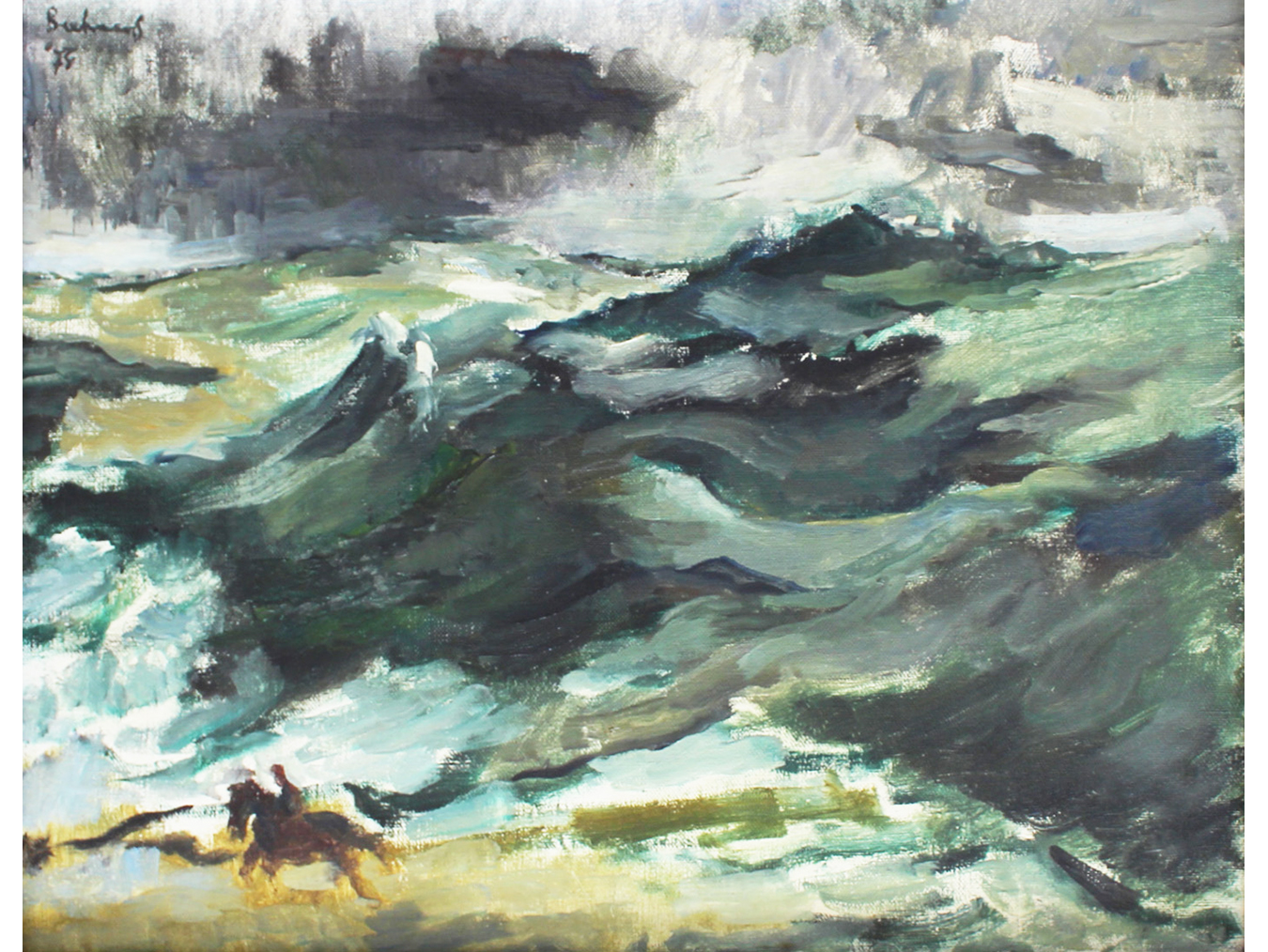